This morning, as we all gathered around waiting for the school bus, with the screaming kids charging around, Us mum's got into a discussion about homework.

Now when I was a child homework was something simple, at least while in primary school, like some easy sums, reading or some spellings that we had to learn by the end of the week. My sons school; however, has decided that it wants parents to make boardgames with their children, construct skeletons and do a whole range of projects for which, we are expected to supply all of the arts an craft items required out of our own pocket. Not to mention the time and effort. Which when you are faced with an 8 year old who would much rather be out with his friends or playing his Nintendo ds, is no easy task. 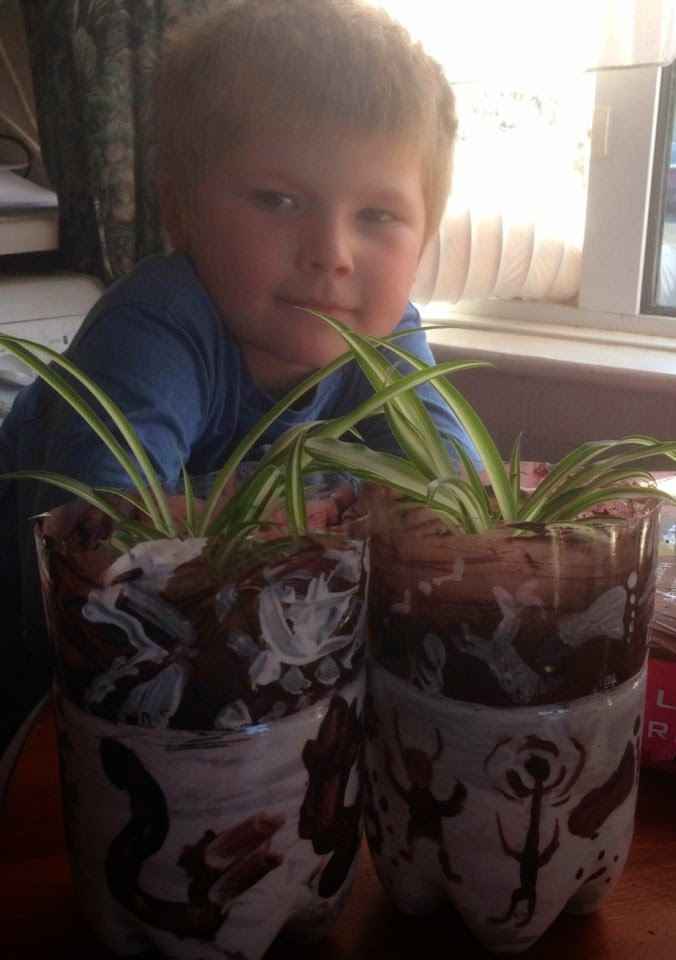 Our home has now become a battle ground each evening as I fight to keep my son focused on the massive task ahead, in order that it is ready and complete when it is handed in on Friday.

I do this because it is expected, but should it be. Shouldn't school be for school work and home be a place where kids can relax and unwind a little?

I know I loathed even the simple  homework that was assigned to me as a kid. So I can relate to my son reluctance to partake of his far more complex homework.

That said, we have also had some fun with some of the project and it has helped Kye and I to spend a little more time together than we perhaps would, now that he is older and hanging out with mum is not cool.

So there are I think good and bad sides to this new kind of homework, but I was wondering what your take was on homework? 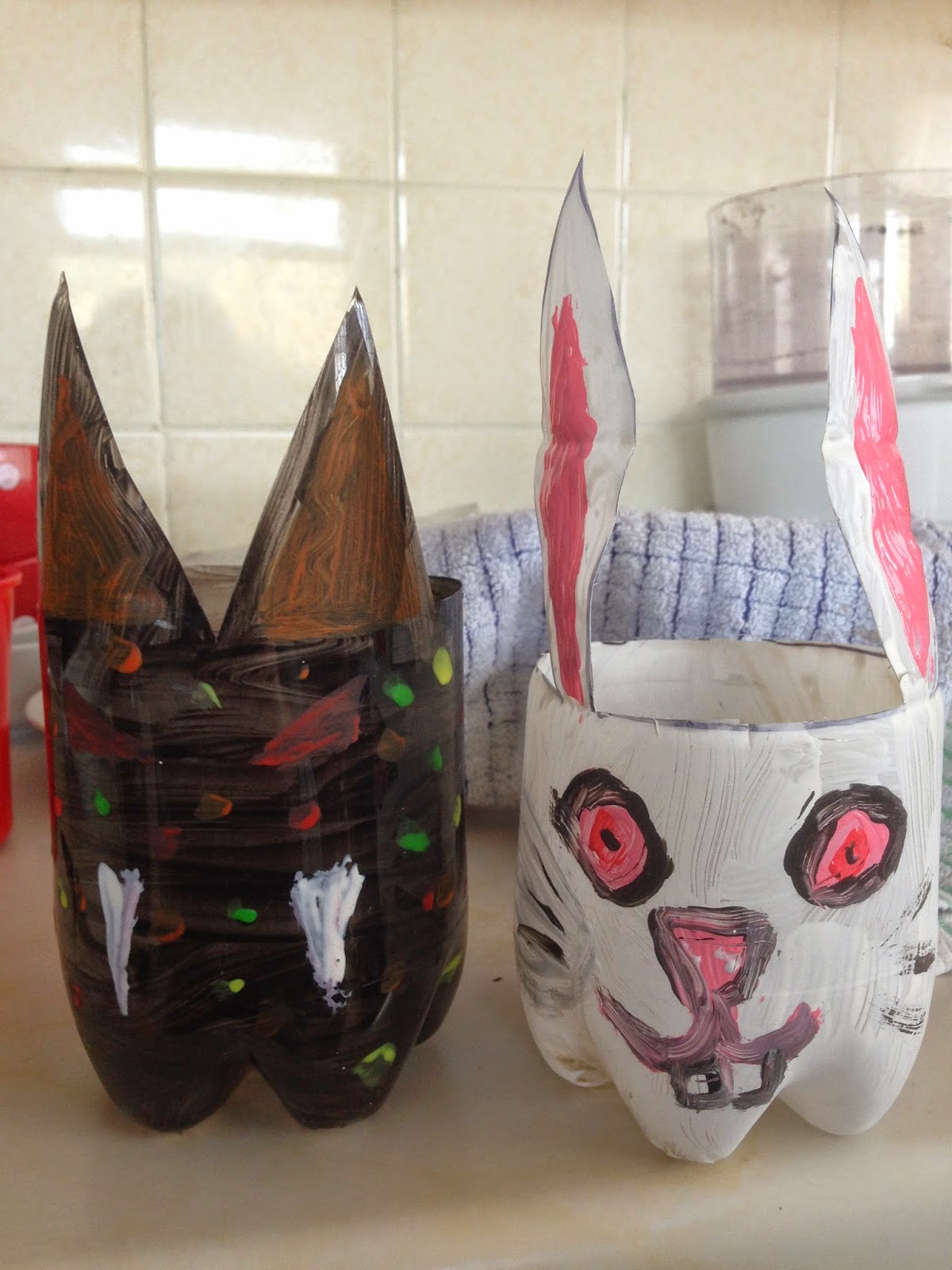 Do you think it's a good or a bad thing and why?

Maybe your children do something different for their homework and if so what?

I'd love to hear from you.

What is a BugBear?

Well originally it was a mythical creature or a type of hobgoblin apparently. It was used a bit like the bogeyman as a way of scaring little kids into behaving.

You know the whole, "The bogeyman will get you if you don't behave" speech, parents so loved. 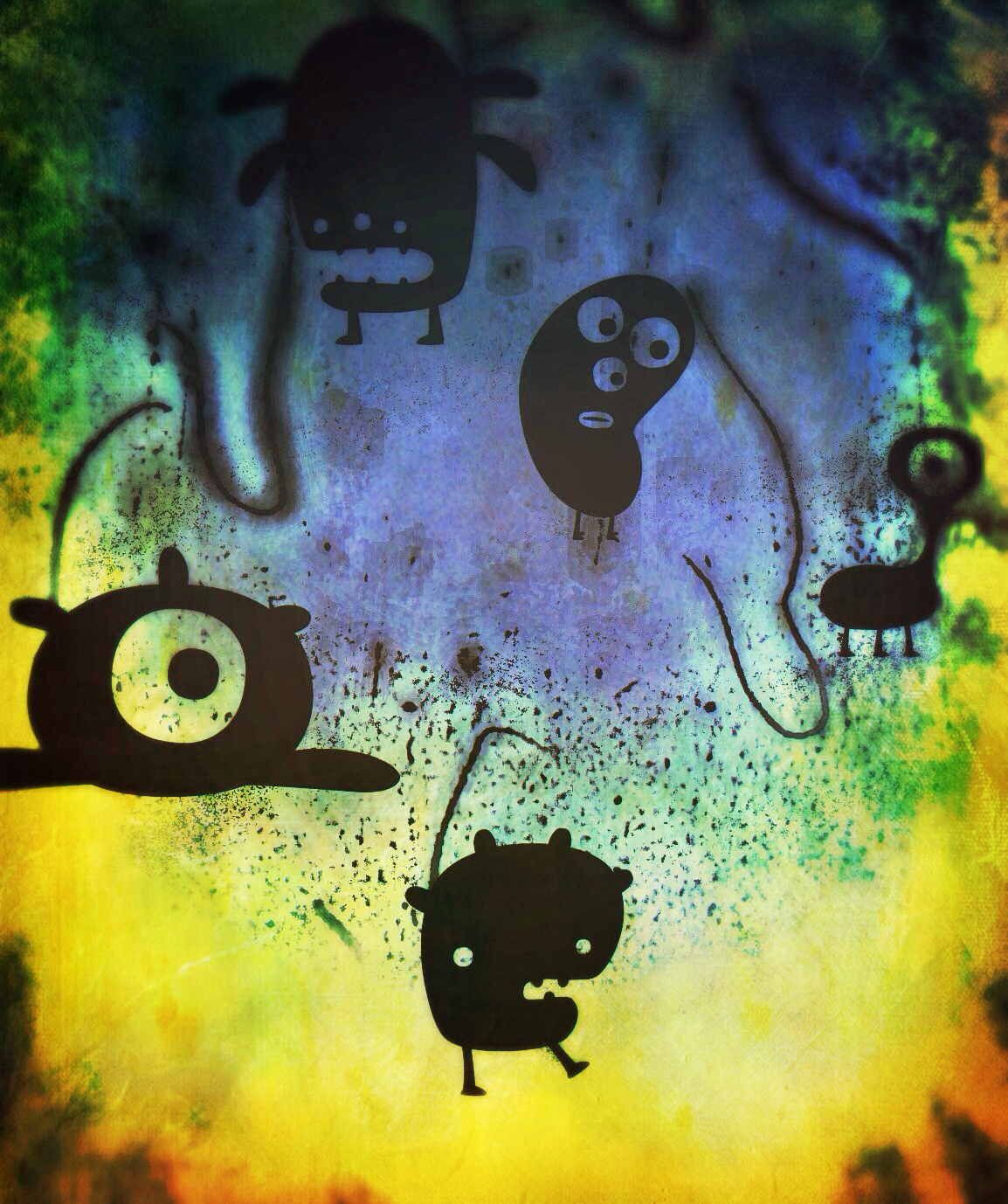 It later became a term for things that irritates or annoys and that's the format I want to focus on today.

What are your bugbears?

I faced one of my bugbears this weekend in the form of customer service calls or more specifically, the people who answers them.

Friday night, as with every week I was awaiting my shopping, because of my disability I find it easier to order online and have Asda bring it right to the door.

This works well for me and my family and has done for several years now. There are the occasional annoyances, like when they send you lots of items that have to be eaten within two to three days because they have a short shelf life and Asda didn't bother to pick the ones with the longest use by dates, the way we might if we shopped for ourselves, but for the most part we are pretty happy with their service.

This Friday; however, our shopping never arrived. It was an hour late when Asda called to say that their van had broke down could they possibly offer us a new delivery slot for the next day.

We agreed, these things happen and we were home so it wasn't really going to be a big deal. We were also quite pleased as they had given us a 10 pound discount for the inconvenience. Great!

Only the next day, Asda didn't come and this time they didn't call either. So I checked my email. thinking perhaps I had got the time wrong, but there it was clear as day in black and white, the confirmation of time and day as well as they discount they had given us.

Eventually, the woman manages to get across that she needs to contact the store as she can see no record of the delivery. Though she cannot understand that I received a confirmation email about the delivery. Instead she tells me over and over, "No I cannot confirm it, it is not shown."

She then says she will contact the store and get back to me.

Another hour passes and we hear nothing.

Hubby instructs me to call them back so I do and this time I get someone who is very difficult to understand. I ask if it is possible to speak to someone who is Bristish as I am having trouble communicating with him and he tells me "No, this is Africa, no British here."

Why am I being sent to Africa, to talk about my groceries in the UK?

This is my bugbear.

It is not that I have anything against people in Africa, I don't. They are after all people just like us trying to make the best of life.

What I have a problem with is the fact that we pay out for a company to provide us with services and they put that money into the pockets of people in other countries instead of supporting those here in the UK and why, because they can charge these poor people a pittance.

BT is the same. It's in the title British telecommunications, yet even they don't have British call centres. I tried for months to get hold of a Brit when I was having issues with my broadband and as hard as I tried, I could not get those who were answering the phone to understand what I was trying to tell them.

They just kept trying to repeat the same steps with me over and over, steps that had been tried and failed and that's not their fault. They are given a script to follow a set of procedures and very few of them know how to actually go beyond that. So when those things don't work, they don't know how to fix it. So they repeat.

We did get our shopping in the end, but not the discount and not until late Saturday night.

So is this something other people find frustrating or is it just me?

What bugbears do you have?

Is it me or is the world growing more bitter?

No, I'm not talking rows of John Smiths growing out the ground either. 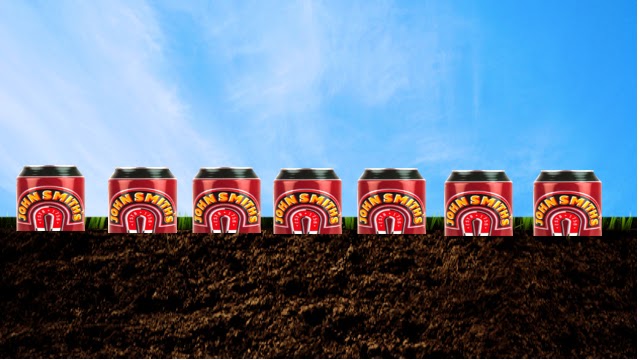 Although that might be quite nice, if you're a fan of John Smiths.

The type of bitter I am referring to is the kind that makes people, snap, snipe and generally be mean to each other. Although depending on how you handle your alcohol, I  guess that could hold true for the John Smiths too,

What happened to manners? To just being polite? It seems to me that people are more ready these days to make snap judgements and snide comments, than they are to be polite or helpful in some way.

Do you know what is worse for me than the realisation that others do this? It's the realisation that I do it too and not only do I do it, but I am more prone to thinking the worst of others actions instantly, than I am of stopping to really take stock of what they are saying or doing in order to assess it for what it really is. Which most of the time, is not what I am misinterpreting it to be.

That's hardly concise, right! So let me try to explain.

If my husband say's to me "Why is the dog running around like crazy, did you not take him for a walk today?" I am more prone to think that he is about to attack me on the issue, than I am to think, he is just asking a general question. A question I would probably ask too, if I didn't already know the answer.

As a result, instead of responding "Yes, I took him out today, but it wasn't as far as normal because my pain levels were bad. Would you mind taking him outside for a game of fetch." I respond with an attack. Something like "Yes I took him out, what do you think I'm gonna do just leave him stuck in doors all day and do nothing with him. He's a Border Collie for frig sake, you'd bloody know about it if he hadn't been walked..."

Then hubby naturally comes back with his own attack, until we end up in a situation that for maturity level, can feel a bit like an old Laurel and Hardy moment. 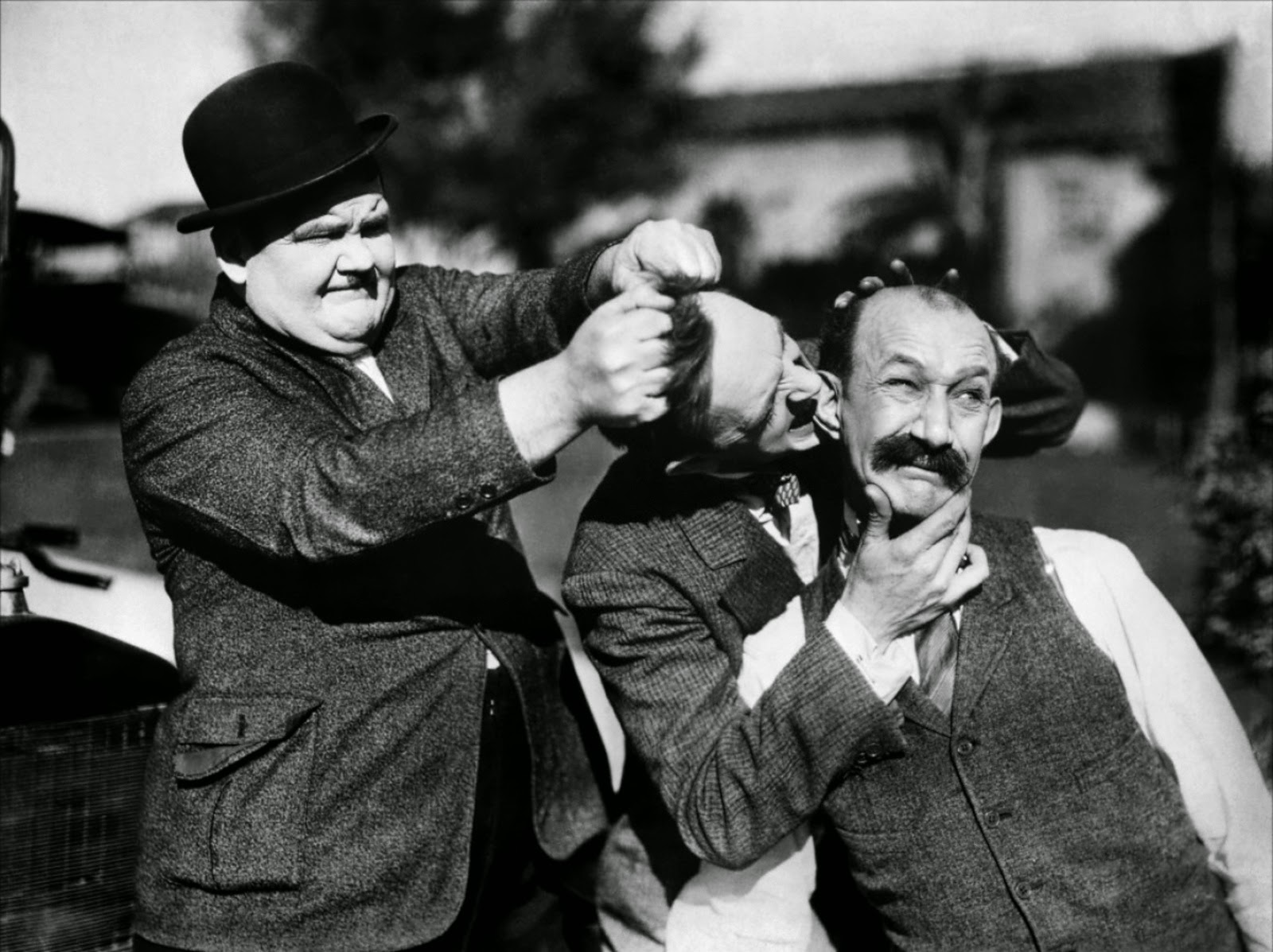 So why do I do that? I honestly don't know, but I do know that I don't like doing it.

I think we are so ready for attack these days, that we see it coming from every direction, even when it isn't, the result being that we end up attacking on a more regular basis ourselves.

So how do we stop? Again I sadly lack the answers but what I do know is that I want to try. So that's my mission right now.

Wish me luck and if you have any tips or tricks that may help me fulfil my goal. Please feel free to share. Cause I sure need them :)