It's Monday and it's time for another news in review. There's only one piece of news I want to focus on this week and so I am dedicating this post to David Bowie, who sadly passed away today age 69. 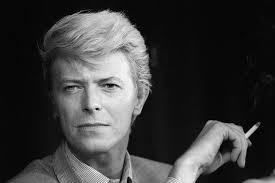 His son Director Duncan Jones confirmed the news and released the following statement on social media.

"David Bowie died peacefully today surrounded by his family after a courageous 18-month battle with cancer." And went on to ask that people respect the family's privacy during this time.

I know for a lot of people David Bowie was all about the music, but David was special to me because of his role as the Goblin king, in the movie I played on repeat incessantly as a child. A movie I knew so well, I could tell you, when I was younger, exactly what everyone would say before they even said it.

I wanted to be carried away to the labyrinth so badly as a child, in fact, I still wouldn't say no now, to meet all of the amazing characters, from the Little Worm and his Misses, the old junk lady, grumpy but lovable Hoggle, Sir Didymus and his his lovely little cowardly charge, Ambrosius, who spent more time running away than too and of course Ludo, whom I named my collie after.

The labyrinth just wouldn't have been the same without David Bowie in the role of Jareth, and I always held a dream that one day David Bowie and all the others would come back to create a second Labyrinth movie.

My hopes are now dashed and I am heartbroken by David Bowie's death.

So from me here at dreaming of publication, Rest peaceful Great Goblin king.

I'd love to hear what David Bowie meant to you and how he called to you, in your world, so be sure to leave a comment below.

At the end of this post, you can find my all time favourite song and moment from the movie, along with my second, enjoy :)

Love and hugs all
Joss xx