A to Z challenge, P is for Pekingese

Yep! P is for Pekingese and I have the cutest Pekingese for you today compliments of his lovely owner Amber Swinton. 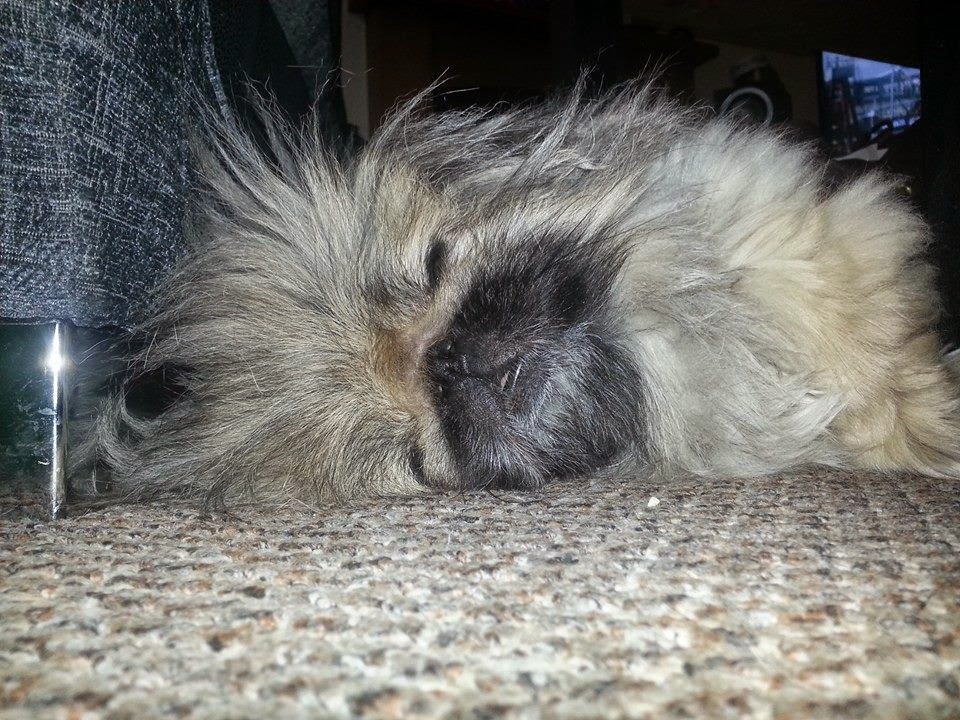 This little cutie was born in March 2008. He is a registered pedigree with the Kennel club, but has been neutered as Amber does not want to use him for breeding purposes. Yay! For Amber. With so many dog’s desperately in need of homes right now, it always makes me smile to see a smart owner taking the necessary steps to ensure that her beautiful pup is not contributing to the problem.

Radley hasn’t always lived with Amber, but joined her family in October 2013 when she found and fell in love with him at The Little DogRescue.

He was rehomed due to his lack of tolerance for younger children which suited Amber quite nicely as she told me, “Radley has found a kindred spirit with me as I am not a fan of children either!” 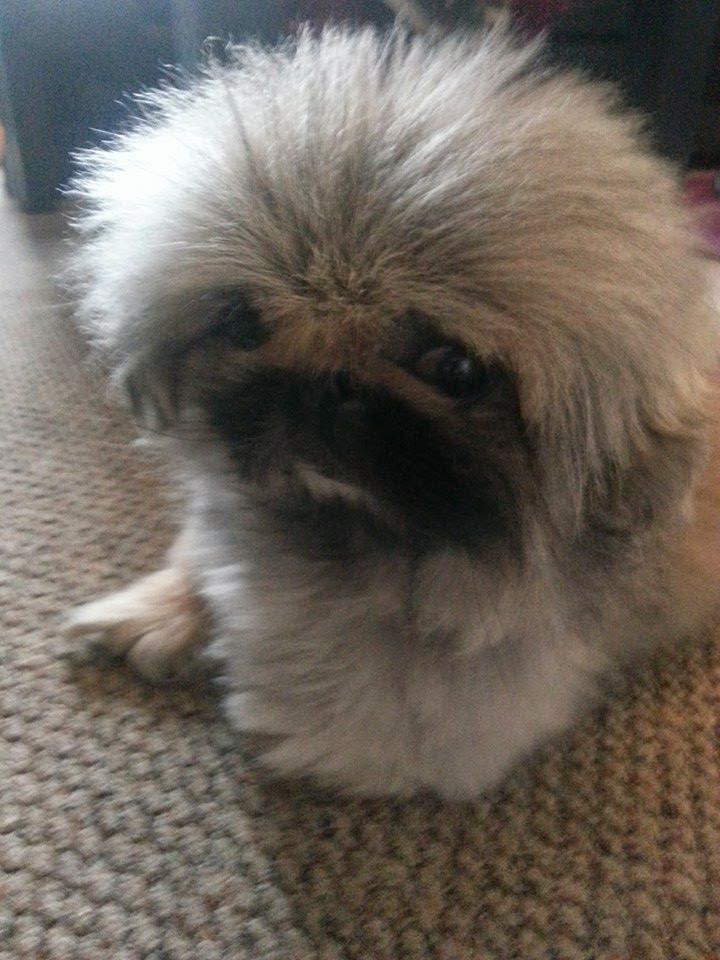 Radley has a keen sense of hearing, especially when it comes to his favourite snack cheese. Amber says, “he can hear a cheese wrapper being opened from many miles away!”

He also enjoys a good life with his new mummy and travels around Scotland with her due to her job as a property manager, which covers the whole of Scotland and Amber has found that Radley loves being out and about.

This very independent little boy likes to have his way, but will do as he is told if he really has to. This does not; however, stop him from trying his luck whenever he thinks he can get away with it.

Dispite tolerating the two Siamese cats he now shares his home with. Radley makes it abundantly clear that they are nothing more than forced housemates by mostly ignoring them, but occasionally throwing in a growl if they come to close. Which is pretty much how he is with everyone, humans included. J 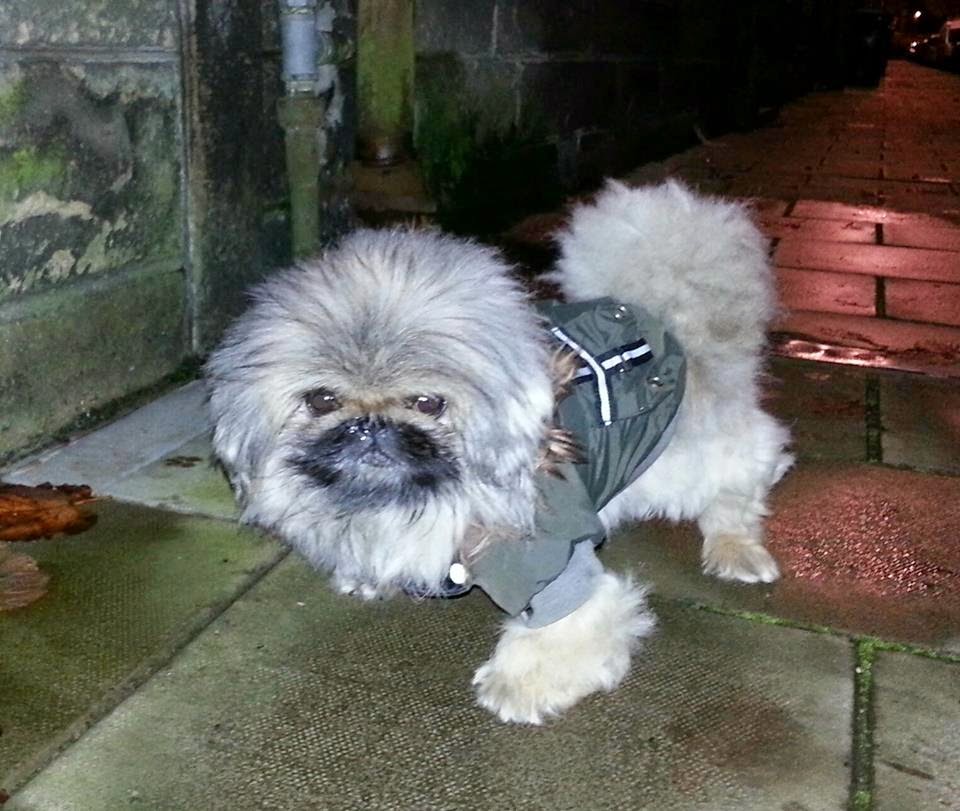 Like a lot of small dogs, Radley has a big dog complex and, as a result, he enjoys giving dogs, considerably larger than himself, a good telling off.  Amber says, “Most of these dogs seem to be confused as to what he actually is!” oh bless him.

Radley can regularly be found hanging out at his local pub where he enjoys sitting on a stool at the bar with the rest of the regulars.

Although he may seem a little “RUFF” around the edges Amber says, “Radley is the best friend a girl could ask for – once people get to know him they can’t help, but love him too. 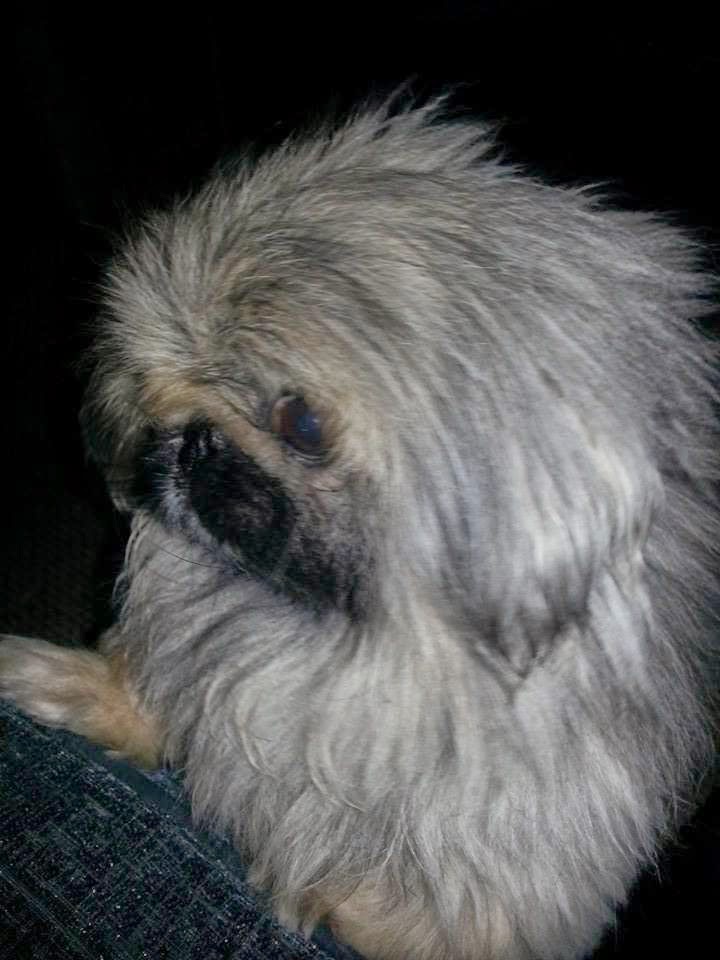 Well I think Radley is adorable and I am so pleased to have him as our letter P representing the lovely Pekingese.

If you want to know more about the Pekingese, watch the short video below. Enjoy!