So, without further ado, meet the adorable Bruce. 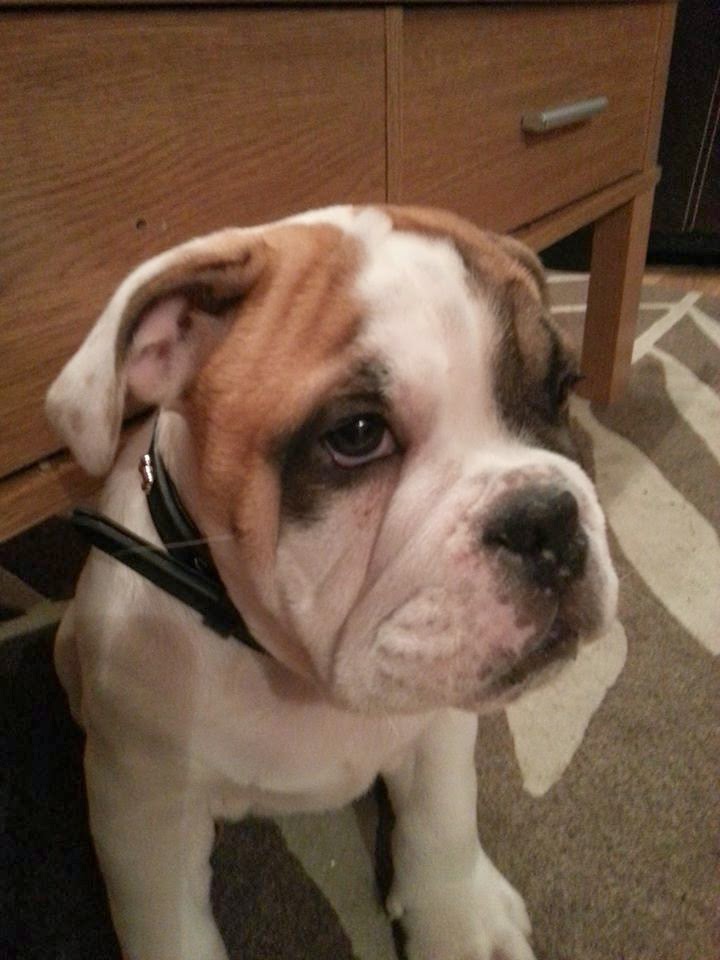 Bruce is one of the youngest participants in this doggy themed A to Z challenge at just 5 months old. Yet, despite this, he is a pretty laid back chap. His owner Rachel tells me he loves nothing better than a good cuddle on the sofa. I suspect hugs and kisses are an easy win for this boy. Would you just look at that beautiful face. 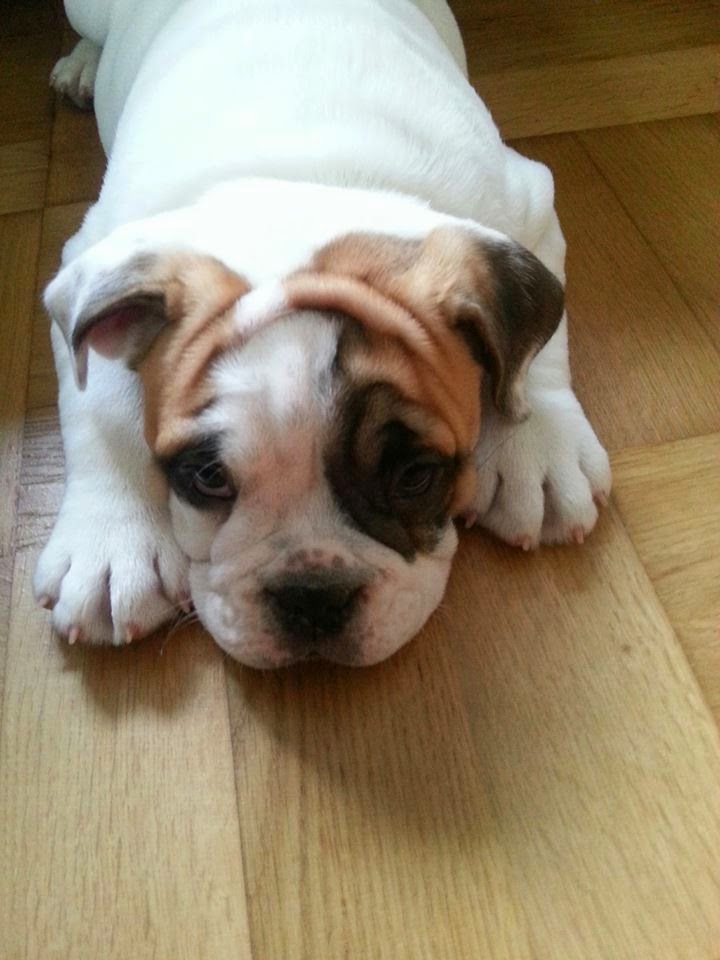 Bruce adores people and hates for anyone to walk on by without giving him a fuss. This probably has a lot to with him being hand reared, after his mother sadly died in labour, but it makes for one very well socialized and lovable pup.

Like all dogs, Bruce does have his foibles and this little bulldog has a serious fetish for feet and shoes. His poor human mummy returned from a walk with Bruce recently in which he had succeeded in completely destroying a pair of shoes that prior to the walk had been fine. I'm sure he slept well after that walk. When it comes to sleep, Bruce might not be your best bedtime companion because, like most Bulldogs he has a pretty impressive snore. Still, you'd need to weigh up the irritation of the snore versus the amazing snugability of this guy before banning him from the bedroom; however, when you think about it, we often put up with men snoring beside us, so when you consider they can't even come close to the cuteness factor of this guy, it kinda makes the choice a little easier.

Despite being a relatively laid back breed, Bruce is very clear about what he will and will not do, to the point that, on more than one occasion, poor Rachel has been forced to carry him home from a walk, after he has laid down and refused point blank to move; which, when you consider that English Bulldogs, despite being small, are very stocky and thus pretty heavy, cannot have been an easy task.

So, if you love Bruce (how could you not) and would like to know more about this breed then check out the video below:

Finally,a big thank you to Rachel Shackleton for allowing us to use her beautiful baby for our E dog.