C is for Cavalier King Charles Spaniel and I have a very special doggy to represent this breed; one who sadly passed away, only recently.

So, it is with great pleasure and a little sadness that I introduce Billy. 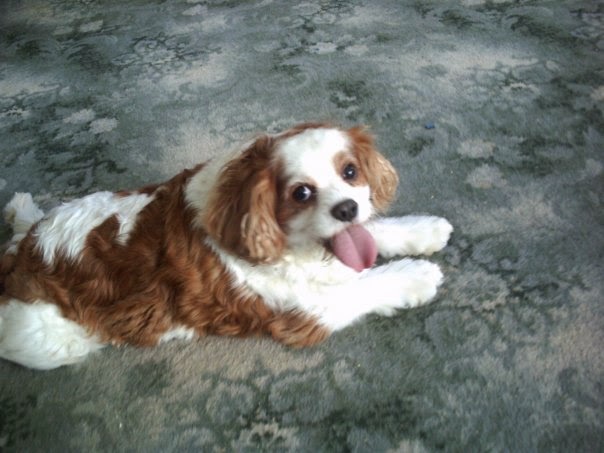 Billy lived the last 6 years of his life at Hilltop Animal Haven. A rescue that specialises in not only giving elderly animals a place to call home, but making that place as much like a normal family home as possible.

When Billy arrived at Hilltop, he was ten year old and decidedly overweight. On entering the house for the first time, his immediate response was to cock his leg up the nearest chair and claim this new territory as his.

He place as top dog remained from that day forth and not even dogs, bigger than him, were safe from a telling off. A quick nip from Billy would put them in their place.

This beautiful little chap melted my heart from the very first moment I laid eyes on him and despite some of his quirky habits, he was an amazingly awesome little dog. 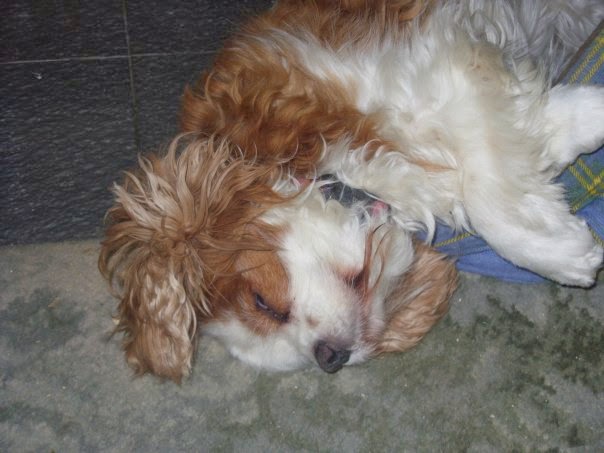 Billy's two biggest drives in life were food and sleep and he often combined the two frequently falling asleep with his head in his food bowl. Sammy, the manager at hilltop and one of my best friends, told me a story of how she once came in from tending the other animals to find Billy in an over indulgence coma, curled up, fast asleep, in a massive bag of dog food which he had sneakily raided while she was gone.

But, it wasn't just dog food that garnered Billy's interest. The litter trays at Hilltop also had to be carefully monitored during Billy's reign or any cat poop that wasn't cleared away fast was at risk of heading down Billy's throat. He was not exactly a dog you wanted to allow to kiss you, but he was still a real babe.

Stair gates had to be installed to stop this little food thief from being able to access the kitchen because Billy was  a real opportunist, who was less than impressed by this no nonsense approach. Sammy and other staff at Hilltop took to monitoring his food intake and waistline. 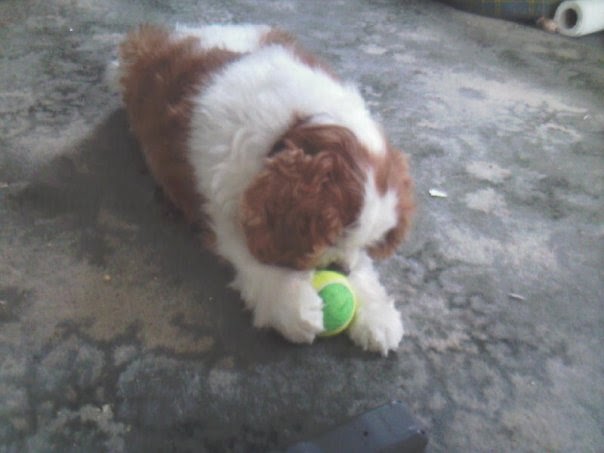 Still, Billy lived a life of luxury at Hilltop with lots of loving people to cuddle and pamper him; people who never gave up throwing the ball for him, even though they knew Billy would never actually give the ball back.

Pampered and preened, Billy really did live the high life with all his doggie needs carefully attended to. Sammy even let him sleep, while she clipped him. Sometimes, I wish they took humans, too. :) 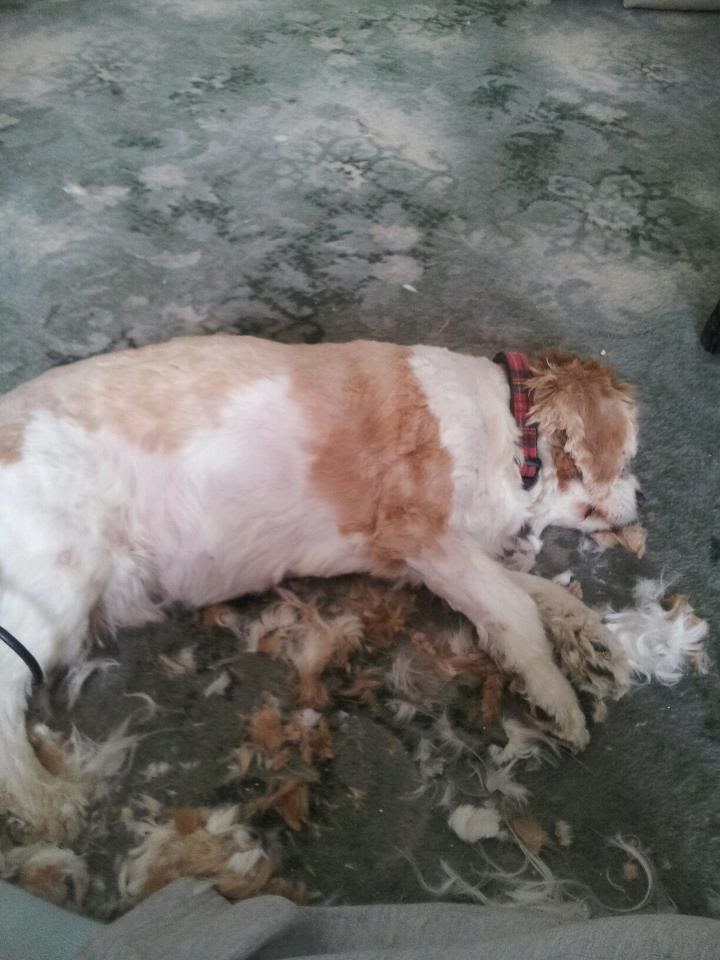 Billy won over the hearts of every one he met, but sadly his own heart was not in quite such good shape, as he suffered from a heart murmur; something Sammy tells me is a common complaint of this breed. His hearing was impeccable; however, and he never failed to hear a biscuit or other item of food hitting the floor. 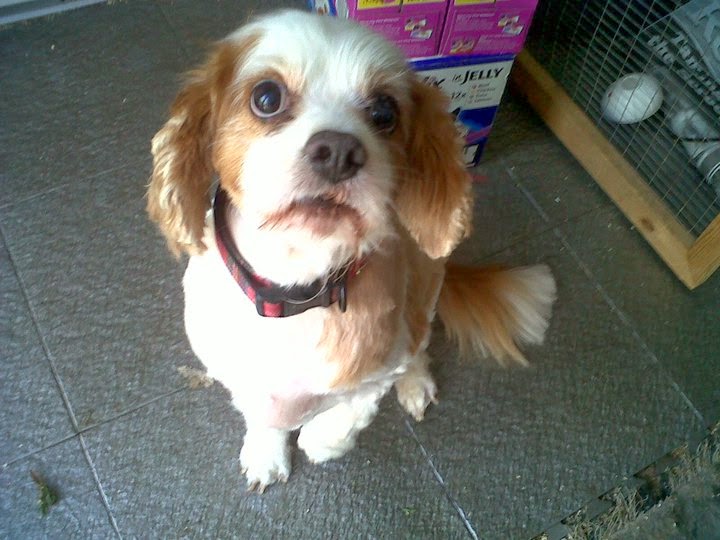 This little boy was amazing and I cannot tell you how often I wanted to sneak him out of Hilltop under my coat, even if Sammy insisted I would soon bring him back. He will always be dearly missed and has left me and I am sure many others beside with a permanent longing for a little Cavalier King Charles Spaniel of our own.

R.I.P. Billy. You will forever be in our hearts.

If you want to know more about the Cavalier King Charles Spaniel check out the video below.